My family traditionally has had great nicknames ~ like Skee (my brother) Si (my grandfather that my other brother was named after), Nubbins (my father), Digger (me), Choodalink (my brother), Zeus (my uncle) to name a few.

We also have great names for our living spaces ~ like The BIG G and little g (Uncle Terry's 2 garages), The Grand Allee (my mother's path along side the house), Lower DC (my sister and brother in law's finished basement/relaxing zone), and the Renegage Garden (of course my infamous garden at the condo) to name a few.

Well, of course this tradition has been carried on by myself and my former old boyfriend/now husband.

Way back when, we dated. Bob became "Bug". Somehow we both became "Poonge" or "Poonie". When we reunited, we immediately became using these nicknames again. It was only natural! 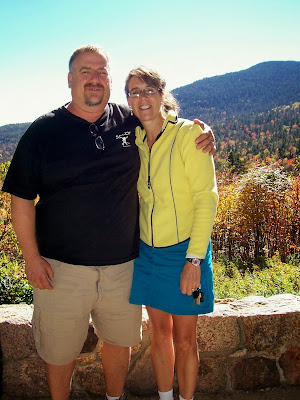 It doesn't even embarrass us to call out across a store "Hey, Poonge, what kind of squash did you want?". It may turn others' heads, but sounds as right as rain to us.

So now that Poonge Nation, population 2, has their own home sweet home, we are ready to enjoy a little Sox Nation spirit tonight! Won't you join us in cheering on the Sox in Game 6 of the World Series?


I am a Putnamaniac that loves being a part of both Poonge Nation and Red Sox Nation!

Putnamania, Marcy's Choice
Putnam, CT, United States
I believe: The woods would be very quiet if only those with the best voices sang. Don't try to be good tomorrow, be a little better every day. Aspire to do the things that you think you cannot do!